on March 13, 2010
I have beautiful blooms in the garden to take my mind off things that go wrong ... 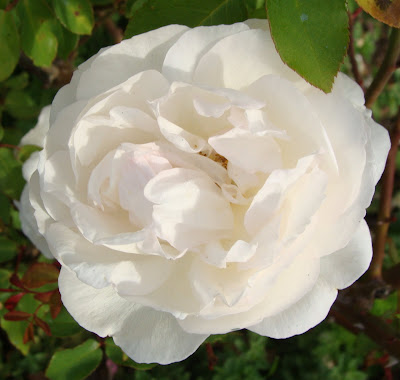 because I'm thoroughly and utterly disgusted by the Suncast tumbling composter which I showed y'all a few posts back. Two weeks to the day after it was assembled and filled, one of the bolts holding the tumbler to the frame broke, causing the tumbler to tumble right off its frame. The cause of this unhappy event? I gave it a push to tumble the contents. Yep. It broke doing exactly what it is allegedly supposed to do. The Executive Producer took a look and opined that bolt replacement was not an option. Since that meant I'd be returning it to Lowe's, it was necessary to empty the bin of its contents (no easy task in the skewed position it had assumed). I neglected to take a picture of the composter in its broken state, and by the time I'd finished I was too dirty to do so! I cleaned up just enough to be presentable, loaded the pieces in the truck and returned that sucker.

I cannot say I would recommend this composter to anyone. It was assembled according to the instructions provided, which were adequate for purposes of assembly. However, the instructions for use post-assembly were minimal at best. Although the bin could be locked into one of six positions, no reason was given or suggestions made as to the advantages of one position over another. The only instruction was to lock the barrel in the upright position after each use.

Once the bin was filled, it was impossible for one person to lock the bin into another position from the upright position. The weight of the filled bin made it too difficult to put the bin in a new position and hold it there while moving the bolt into the appropriate hole. The position holes were drilled into two metal plates which were meant to lie flat against each other but were pulling apart from the strain. The carriage bolts used to secure the bin to the frame were also clearly not sturdy enough to hold the weight of the filled bin: one of those broke and the other was near breaking point. Since I had rocked the bin at most once or twice a day over the two weeks I had it, it had not been overused.

At $99, I thought this tumbling composter was a real bargain: clearly it was no bargain but a cheap imitation of sturdier and better constructed models. (The Head Gardener gives it 2 Green Thumbs Down and has given me a stern lecture on impulse purchases.)

Another bloom on the same rose ... I feel better for looking at it! 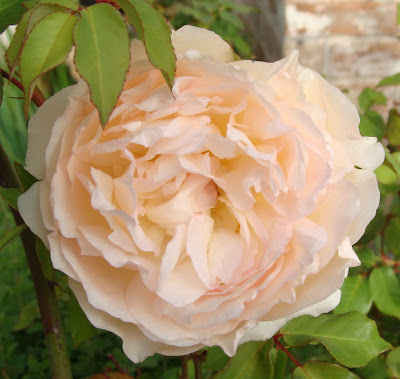 Carol Michel said…
Yes, a pretty flower makes it all better. I have a compost tumbler that I like but it retails for much more then $99... I hope you find a place somewhere in your garden to try another compost tumbler sometime soon.
March 14, 2010 at 2:10 PM

Cindy, MCOK said…
Carol, I'd love to try that composter you have. I've asked for one to review.

Ruth, thanks for stopping by! Aren't the flowers gorgeous? They stopped me in my tracks yesterday.
March 14, 2010 at 8:24 PM

Gail said…
I've been wanting a compost tumbler, too. Cindy, but not the hefty price tag for the extra large one i think makes sense for gardens!

Meadowview Thymes said…
That is disappointing Cindy! But wow, what beautiful blooms you have. Maybe you can find a composter that you like..and one that works! Until then, enjoy those flowers. Ummm...think I smell them!
March 15, 2010 at 9:18 AM

Cindy, MCOK said…
Gail, a friend in Vermont has that big honking tumbler, tucked away on a back corner of her property. Nowhere to tuck one away here!