March Madness: She Shoots, She Scores!

on March 23, 2010
So I trundled over to Lowe's this morning to pick up some black oil sunflower seeds for the birds. Once I'd loaded 40 pounds of that onto my cart, I headed towards the garden center to check out. (Interjection from the HG: FOUL! You headed towards the garden center to buy plants, THEN check out. Penalty will be assessed later.) The crowds were going wild over the racks of clearance plants and although I did join the mob in the cheering section, I refrained from an overly enthusiastic display of team spirit. (Interjection from the HG: Just barely.)

Shon, a star player on the Lowe's nursery team, pointed out that many of the plants he was marking down were in prime condition, ready to play hard for the gardener's home team. (He just needed to trade some of his players so those waiting on the bench could move up to the big time.) That was certainly true of these 10 pink snapdragons in 6 inch pots, full of blooms and buds, seen here waiting for their chance to get in the game at Wit's End. 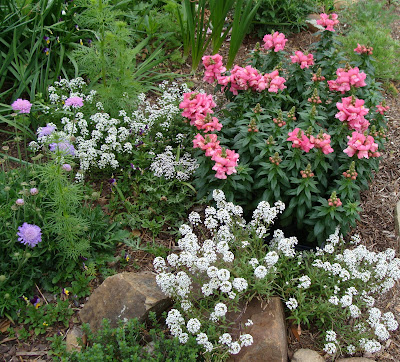 Five yellow/pink blend snapdragons joined the Wit's End team as well. They'll be refereeing the rose bed court near the Grand Soleil d'Or Narcissus and a hot pink Salvia macrophylla who are constantly fouling out each other. (Interjection from the HG: If she'd just bought one more Snapdragon, we could have had a Sweet Sixteen of our own.) 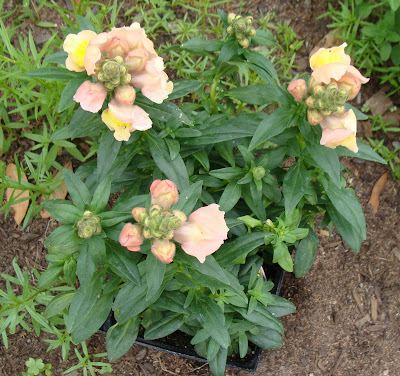 How could I leave this his Merritt's Supreme Hydrangea sitting on the clearance rack, when I could acquire such a versatile player for the lowly sum of $1.00? 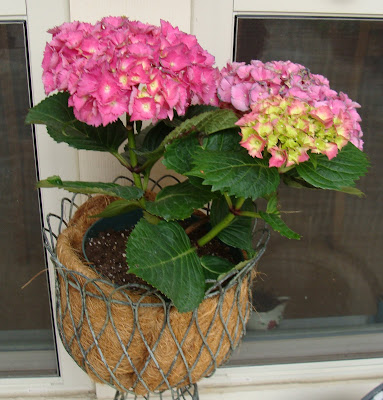 Same for this hanging basket of Calibrachoa, Petunias and Verbena? $1.00 gave me a player that is being tried out in this position to see how talented it is at blocking ugly telephone equipment. 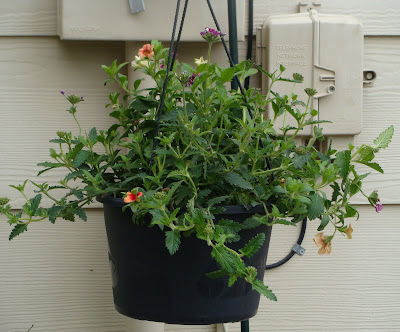 Although I paid the Lowe's team managers the full asking price for several of these Southern Wax Myrtles (Myrica cerifera), I believe all of the Wit's End team members will appreciate them for their stellar qualities. I'm looking to add some evergreen interest and attract more avian members to the team. 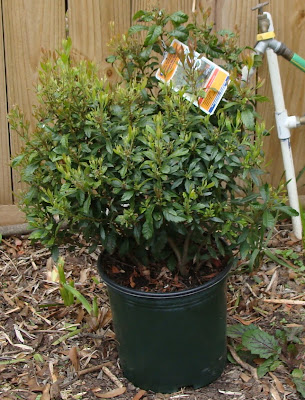 These Rainbow Sunrise New Zealand Flax (Phormium tenax) were the HG's impulse pick. She argued that they would be an excellent addition to the team. (Interjection from the HG: Previous penalty voided because SheWhoMustBeObeyed did not argue with my call.) 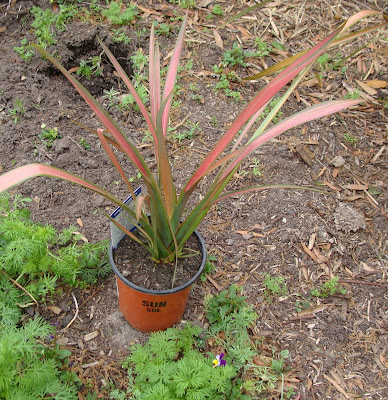 What we did NOT do today, however, is plant all these purchases. I'll be away from the garden Thursday through Saturday, so tomorrow may be a VERY busy day!
Lowe's