Bloom A Little Bloom for Me 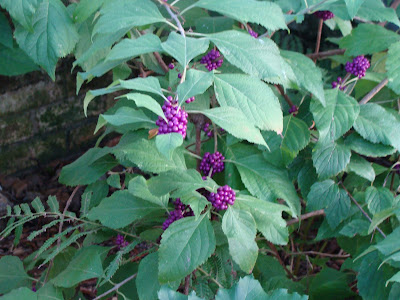 I'm going to be away from the garden a lot over the next 2 weeks and I'm starting to get a little apprehensive about how the plants will fare without me. It doesn't help that I'm behind on my gardening chores due to a bout of sinusitis. Due to my inherited tendencies towards respiratory problems, it's all too easy for sinus problems to become a full on attack of bronchitis. (If we lived in the Pacific Northwest or Alaska, this could pose a real problem since my coughing fits tend to resemble the mating calls of a moose.) I got to the doctor quickly this time, though, and have made a concerted effort to stay inside and take it easy.

Today I finally felt well enough to venture forth and see what I could get done in the cooler weather (not cool, but cooler ... 82 was the temperature at 2:30 when I came in). I got several recent purchases into the ground before calling it quits and coming inside. Then the plumber arrived to replace an elderly toilet (and OHMYGOSH, people, what a difference is all I can say). I was sitting on the sofa entertaining the dog when I remembered that it was the first day of yoga class ... so that entailed a hurried 5 minutes of changing into yoga togs, grabbing my mat and dashing off to arrive 20 minutes late and not quite in a calm and centered frame of mind. After 50 minutes of navel contemplation (it's the first time in 4 months my navel's been sucked in that much), I was in much better spirits. Then I got home and remembered that I still needed to take pictures for bloom day! And despite the repeated and vicious attacks by mosquitoes, that's what I did. I'll let the Head Gardener take over from here since she says I'm too wordy ... she says today's about the blooms and I should let them do the talking! 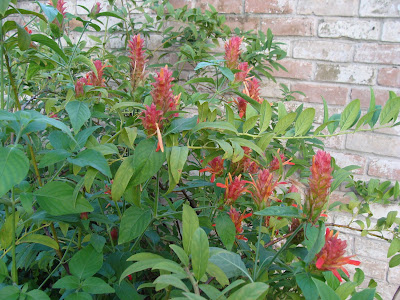 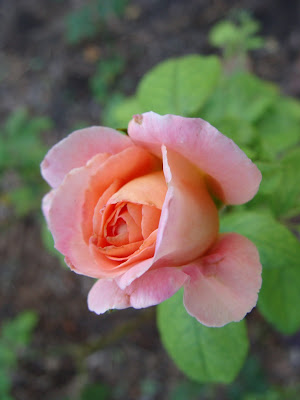 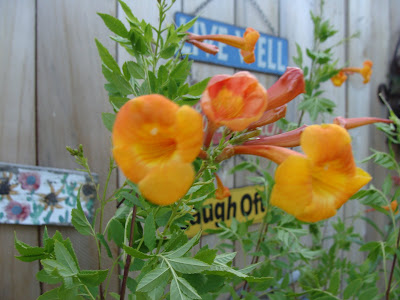 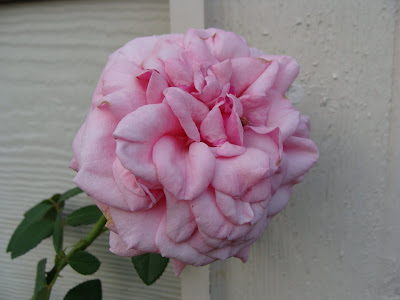 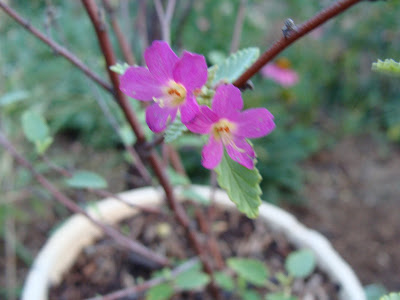 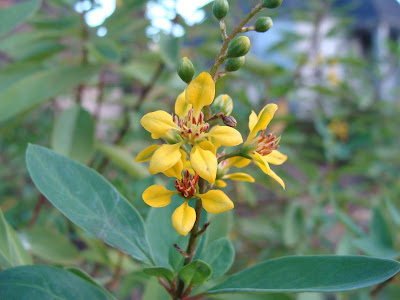 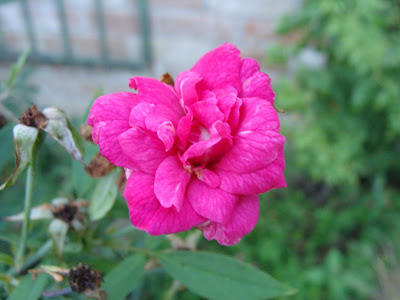 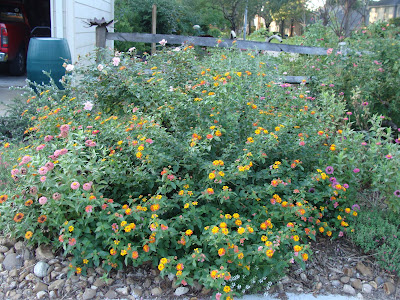 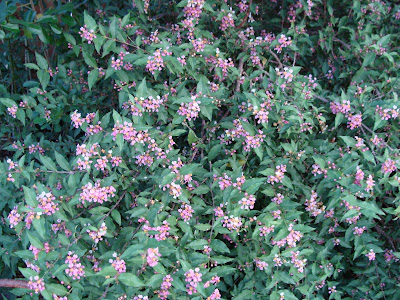 Much as I'd love to share more of what's blooming on my corner of Katy, I must bid y'all adieu and get busy packing so I can get on the road to Austin in a couple of hours. 14 days till October 1st!
Garden Bloggers Bloom Day

Mr. McGregor's Daughter said…
Don't you love trying to take photo when being swarmed by mosquitoes? All those blurred pictures....The Beautyberry is stunning! I just love that purple.
September 16, 2009 at 3:56 PM

Rose said…
Your garden is indeed a quiet riot of color, Cindy! Your roses look beautiful; how come yours can grow in a drought and mine look so ratty even though we've had lots of rain this summer?:) Love the beauty bush, too. Hope you are feeling better and enjoy your trip to Austin!
September 17, 2009 at 7:40 AM

Diana said…
Lots of pretty things in your garden for bloom day, Cindy. Sorry to hear you're suffering - hope it gets better. And I'm with Pam - you can't come to Austin and not tell us!!! Hope your being away from the garden is all for fun and rest.
September 17, 2009 at 8:04 AM

Gail said…
Cindy, I would be apprehensive, too....Especially with your drought conditions. I find it very irritating to have to spray to run out to the garden for a few photos; so I often don't and have ended up covered in bites with no decent photos! I hope you get to feeling better and have a delicious time at GWA! gail
September 18, 2009 at 11:17 AM